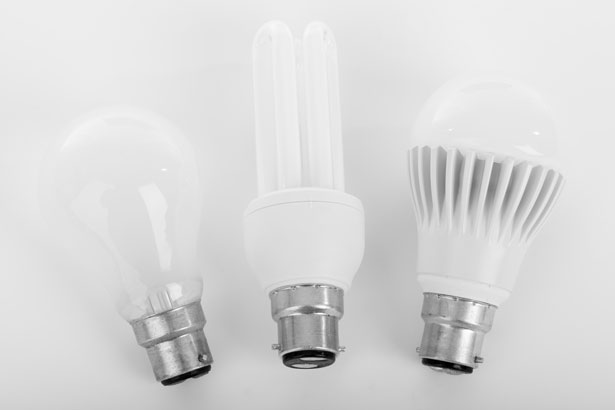 A couple of years ago, Marcus and I were analyzing our utility bills, trying to think of ways to reduce them. Then we happened to go on a self-guided solar panel tour of our neighborhood and we met a homeowner/professional contractor who told us about his solar panels but also told us about the Cree LED light bulbs he was putting into his house and other buildings. He told us that the light bulbs he was putting in would last for 20 years.

We were shocked. “You mean you don’t have to change the bulb again for 20 years?”

I’m always looking for ways to do something once and end up saving money for years, so when I heard that, a light bulb (pun intended) went off in my head!

Marcus looked at me. “I won’t have to change the bulb again until I’m retired.”

That day we went right to Home Depot and shopped around for light bulbs to replace a few that had burned out in our stairwell and kitchen.

We had no idea that there were such good LED (light-emitting diodes) bulbs on the market! The new energy-efficient LED light bulbs give off light that’s much more pleasing and warm than those nasty, bluish compact fluorescent (CFL) bulbs. Yes, they cost more than a CFL or incandescent light bulb–quite a bit more–but they also last way longer and they use very little energy–up to 80% less energy than a traditional incandescent.

But, how much do they save?

According to the U.S. Department of Energy’s FAQs on lighting choices, here’s how much it costs to operate a 60 watt light bulb for 2 hours per day for a whole year.

Not only does the Energy Star LED bulb cost only about one fifth the cost using an incandescent, it also lasts about 25 times longer.

Can you imagine if your lighting bill was cut down to one-fifth of its cost?

Ponder that for a moment and then read this interesting article on MSN.com about how much you can really save using energy-efficient light bulbs.

Because we’re Super Frug, we didn’t change all of our light bulbs. We’re waiting for them to burn out first. As they do, we’ll replace each of them with an Energy Star LED. Then we’ll watch our lighting bill go down every month from now until we’re retired…and beyond!